FRENCH STORY is an engrossing murder mystery with a nostalgic and comedic feel, inspired by films such as KNIVES OUT, DEATHTRAP, UNDER THE SILVER LAKE, and Jordan Peele’s NOPE.
​
When a British tourist goes missing in a small French town, it's up to a detective, a podcaster
and a clueless filmmaker to figure out the truth. Shot on location in France and England,
it's not just a murder: it's a podcast, a film, a mockumentary all in one! 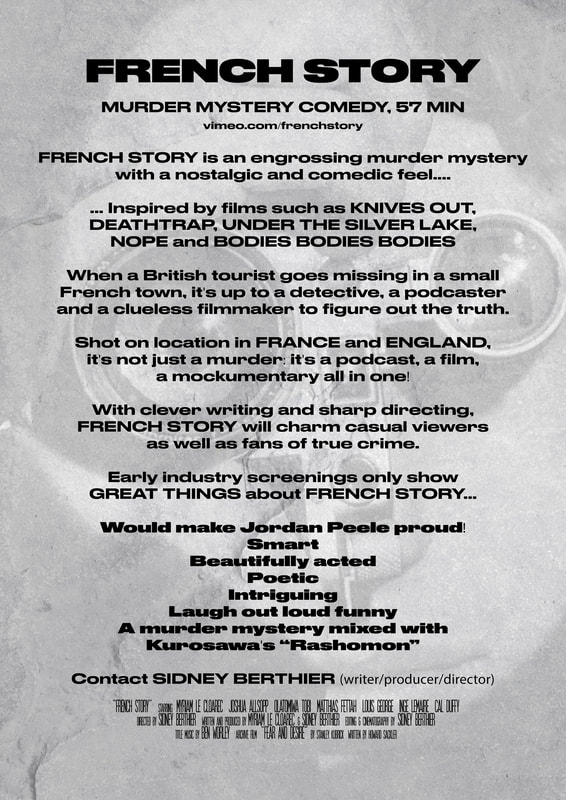